Her flight was canceled.  Again. This would make the fifth time in as many hours. Determined to remain cool, she set her sights on the departure boards. Maybe she could get another flight out of this God forsaken town. At this point she didn’t care where she went, only that they wouldn’t be able to find her.

She witnessed a scuffle near the ticket counter, policemen were questioning the clerk, who seemed rattled. They knew. Without hesitation, she grabbed her carry-on, leaving the other bags behind.

Calmly walking out the doors, and signaling the closest cabby, she made her escape.

June Writing Prompt – Signaling the closest cabby, she made her escape – Day 20/30

Evidence, placed upon his desk
A knife, a noose and a gun
Not really knowing where to begin
He knew this wouldn’t be fun

Taking out his trusty magnifier
He checked the weapons, again
Finding only one little clue
The evidence, was surely plain

When finally reaching a conclusion
He presented his case to the chief
Shaking his head at the detective
He stood there, in disbelief

How could this possibly be? he asked
Which one of the weapons matched?
Twas a fingerprint, upon the gun
To a certain someone, attached

Seems Chief has been up to no good
Got caught with the new recruit
The misses found out, set him up
Then quickly, gave him the boot

Now the chief’s in the slammer
No longer is he the top cop
As for the real murder weapon
One town over, at the old pawnshop

April Writing Prompts – A fugitive on the loose, where’s the noose? – Day 7/30 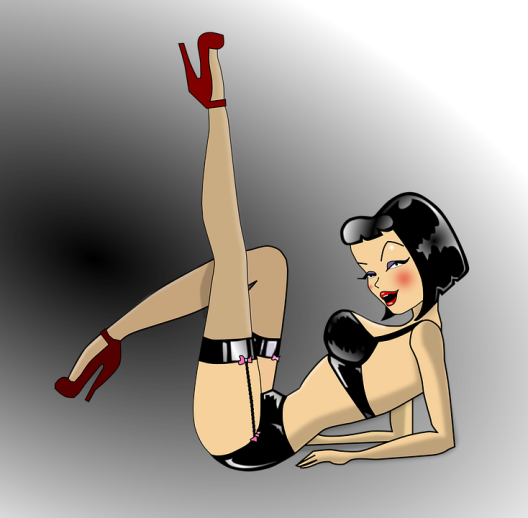 There once was a man named O’Malley

Who married this lady named Sally

Neighbors thought her a drip

Shocked them all when she stripped 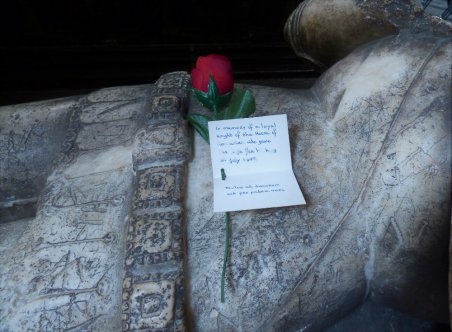 She knew of no other way to get the message to him but to sneak inside the tomb and leave it there. A red rose would signal it was definitely from her. Waiting for the dark of night, she crept her way in and quietly placed the note on the first soldier, a stone statue, laying on the ground. She never remembered it being knocked over, and oddly, there was not a crack in it. It was as if it had carefully laid itself down on the floor, but stones can’t move on their own, she reminded herself.

Night was falling quickly, and the crypt was growing darker by the minute. Shadows, from the moonlight, painted pictures on the walls. She couldn’t chance lighting a torch, for fear she’d be seen where she should not be. Tiptoeing, leaning her hands against the walls, she headed for the opening in the side of the mountain. She had just about reached it when she heard voices. Two, she thought, both men. Perhaps one was her beloved, Nathan, but he was too early. Had she miscalculated the amount of time she was inside? She found her way into a small crevasse and hoped they wouldn’t notice her. The light had faded enough that the place was in total darkness.

They saw her! Wait!  Who? How could that be? She thought she had slipped in, without being seen by anyone. Then again, she hadn’t seen them. Where had they been standing? The trees on the hillside were barren, as winter made its approach. Surely, she would have noticed two figures. She felt something crawling on her arm, and afraid to move, she prayed it was simply a spider and would find its own way. But she felt yet another, and another. How could she possibly stay still!?

“I thought I heard something. This place is spooky, let’s get out of here. We can check tomorrow, before dawn, and this time, remember the flashlights!!”

And with that, the two made their way out of the crypt and Julia breathed a sigh of relief. She had to get out of there fast, and get whatever was crawling on her off. As she made her way out, she lit her torch and looked around. It appeared she had sat on an ants nest and they were out to let her know it was time to move on. She laughed to herself, told them she was sorry, and made her way back home.

The town was quiet now, and soon the knights would make their rounds, and Nathan would find her note, the one with the red rose, waiting patiently. She still wondered how the knight in the tomb had fallen, but she would have to figure that out another time.

“I told you she was in there.”

“Great, how do we get to the jewels hidden in that stone knight? And why was she in there in the first place? Maybe we should go back NOW, since we know she’s not there.”

“No, the police will be making the rounds soon. We’ll be thrown in jail if they catch us. We can wait. That cave isn’t going anywhere.”

I shared this last year.

Today we honor the brave men and women of the police, first responders and fire fighters, who sacrificed theirs lives to save others, and of course their four legged furry friends.

Yet, 17 Years later, Freedom still stands! We will not be defeated! America, One Nation, Under God, Indivisible, with Liberty and Justice for All!!

God bless the men and women, our first responders, who care not for themselves, but for the lives of all of us. Respect and honor them every day. ❤