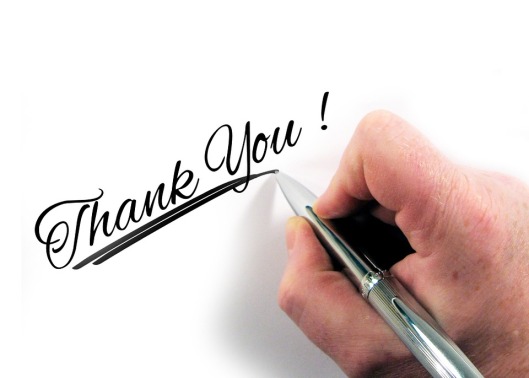 How can I even begin to thank all of you for bringing me to this milestone.  I am overwhelmed at the support I receive from this blogging community, and beyond.  When I started this journey a little over five years ago, I was thrilled when I had one follower.  I’m still trying to wrap my head around 3500!!

There were many times I have thought about giving up, packing it in and saying it was a fun ride (and I actually did except, my daughter wouldn’t have it), but your comments and likes are what keep me going.  The friendships I have made here, and around the social media circuits, are more than I could ever imagine.  You have touched my heart and soul, and I am humbled by your kindness!!

With Much Love,
Dorinda

Don’t even know when someone is near

Metallica’s playing, inside your ears

Deafening sounds to rock out the night

Caught in a world of lyrical schemes

Locked, in a constant visual stream

Well, do you? Does it matter?  Numerous stories have been written regarding the website Klout. They claim to be The Standard for Influence.  According to Klout, people whose score is 60+ rank in the top 5% of influencers across the internet.  Visit their About page and you’ll discover even their leadership team is not in the top 5%.  Three of the six are below the standard, including their VP of Marketing, the CTO and the SVP of Product.   The site, launched in 2008, has undergone many changes over the past five years, mostly how your score is calculated, after an uproar sent them scrambling.

The capacity to have an effect on the character, development, or behavior of someone or something, or the effect itself.

Klout’s definition of Influence is “the ability to drive action. When you share something on social media or in real life and people respond, that’s influence. The more influential you are, the higher your Klout Score.”  These social media influences range from Facebook, Twitter, Google+, LinkedIn, etc.

The Klout Score isn’t the average of your influence across all your networks, it’s the accumulation. Adding networks adds to your ability to share your expertise, and that helps your Klout Score. If you remove networks and then add them back later it could take a few days for your Klout Score to readjust.

So can someone explain to me why, when all my social media pages are active, interactive and busier than ever, that my score continues to drop?  Does it really calculate based on the number of interactions over a period of time?  I am primarily a Facebook user. According to my stats, 49.5% of my score comes from Facebook, followed by Twitter at 40%, then Google+ and LinkedIn.  These percentages are not correct.  I am a huge Facebook user and a lesser user of Twitter.  These two should not be as close as Klout claims.  I’ve been carefully watching over the past 30 days and have also noticed that they only choose to show, on my profile page, the posts with the least interactions.  They also include, for the general public to view, Top Moments.  Again, how is this determined? What happened to the posts with the most interaction & how does this account for a proper score?

In the end, the number really doesn’t matter.  What matters is the clout you hold among your peers.  Without that, you might as well be a zero.

Related Stories – Should Recruiters Use Klout?

Where is the love? Isn’t that what the wedding industry is all about?  Couples, pledging their love and life together.  How come this same concept doesn’t hold true for the people who help bring this event to fruition, aka the wedding vendors?  If you think the nasty and negative comments you leave on different social media outlets can’t be seen by potential clients, you couldn’t be more wrong.  Word of mouth is huge in the wedding industry.

It’s a new year and in the past 7 days I have seen more bickering and bullying by wedding vendors, to and about other vendors, their so-called peers, than ever before.  This is part of the reason I left the industry.  However, just because I left doesn’t mean I’m not paying attention to what’s happening.  I just have a different perspective.  I’m no longer the vendor, now I’m the client.  What I am seeing is other vendors posting about how disgusted they are that this is even happening.  Is it really necessary to be so rude to someone who may be asking for advice on a particular subject?  Ridicule does not belong in an industry based on love.  There are plenty of opportunities for everyone associated with weddings.  If you’re doing well, there really is no reason to tread on the those who are just starting to make a name for themselves.  It’s easy to step on toes, until someone steps back.

Bully – n; A person who is habitually cruel or overbearing, especially to smaller or weaker people.

Consider how you would feel coming into any industry without the knowledge of those who have been in it for years.  I’m sure some of you were lucky enough to find a mentor.  Pay it forward.  Instead of stomping on someone’s dream, help make it a reality.

No one likes a bully.  Unless you want your good name associated with the term, you might want to consider your words before actually saying them.

On a personal note, Congratulations to the hard working wedding vendors who won the “Couple’s Choice Award”.  An award well deserved by most.  Some have put down the award, stating it’s meaningless because it’s based on reviews. I’m thinking they’re putting it down because they didn’t receive one. 😉

We all need an escape, from the mundane political crap that’s spewed upon us on a daily basis, whether via the news on TV or any of your social media feeds, and of course the ever dramatic wedding industry.  When I saw this go by in my Facebook feed, via my friend Kitryn Marie, I couldn’t resist sharing it.  It’s brought about giggles from friends both publicly & privately, with some asking if I was hinting at a specific person.  The answer is no, no one specific and everyone specific.

Let’s face it.  We’ve all done it.  If you say you haven’t, you’re lying!   We sit out in our backyards, or glance out a car window, and we look UP.  Not at the sun, directly, but at the clouds.  And you know you’ve found yourself wondering if you might catch a shape of something floating by.  People have claimed to see anything from the devil himself, to horses, to hearts, to an angel playing a harp.  Either they have very vivid imaginations, are on some powerful drugs or they simply want to believe a cloud is more than a visible mass of liquid droplets or frozen crystals made of water or various chemicals suspended in the atmosphere above the surface of a planetary body.

Whatever fuels us, we’ve all done it.  And we’ll continue to do it.  But you do have to wonder..are the clouds looking down and wondering what shapes they’re seeing?  Now, about those moons…..